Brislington 4-3 BRADFORD TOWN
A bright, dry day perfect for football ended with a Brislington win in a 7 goal thriller. Early skirmishes saw Bradford have plenty of possession, with Brislington breaking with good effect creating chances. The deadlock was broken in the 30th minute, a Brislington corner being semi cleared, played back in, and tucked away. Half time Brislington 1-0 Bradford Town.
In the 48th minute, a mix up in the Bradford defence gave Brislington the opportunity to score, 2-0. Tom Stocks narrowly headed over in the 52nd minute, just before a cross by Jake Brown was volleyed sweetly by George Box making the score 2-1. 62nd minute saw Bradford awarded a penalty, the Brislington keeper sin binned, with Ross Lye scoring from the spot, 2-2.
Bradford were now increasing the pressure, until in the 72 minute, a quick break resulted in Brislington taking a 3-2 lead.
Another penalty for Bradford in the 74th minute resulted in Lye levelling the score 3-3. In the 84th minute Bradford failed to clear their lines, the ball being whipped in and put in the net with a fine header. 4-3 Brislington.
Late on in the game both sides had a chance to score again, but no more goals were added. Wednesday evening sees Bradford hosting Odd Down at home k.o. 19.30. 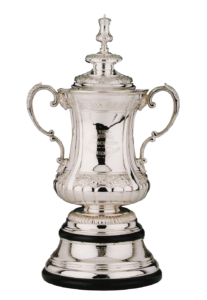 Tavistock 2-0 BRADFORD TOWN
Town bow out of the competition at the first hurdle, downed by a goal in each half at Langsford Park.

The Department for Culture, Media and Sport (DCMS) has issued updated guidelines for a phased and limited return of spectators for clubs at steps 3 to 6.

• From 31st August 2020, clubs at step 3 -6 will be permitted to allow spectators to attend fixtures provided that their number does not exceed 30% of their ground capacity – Grassroots leagues, men’s National League System, Women’s Football Pyramid tiers 3 to 6, and FA Competitions can commence.

The phased and limited return of spectators at these levels will be kept under constant review in line with the Government’s guidelines and will be amended accordingly as required.

Bradford have been handed an away draw against fellow Western League Premier Division Tavistock. The tie will take place on Tuesday 1st September, kick off 7.30pm. The winners will claim £1,125 in prize money with the losing side receiving £375.

The winners of this tie will host Mangotsfield United in the Preliminary Round on Saturday 12th September.

In accordance with league and FA rules, the BTFC Covid-19 Action Plan can be accessed by clicking on the icon below or on the adjacent tab at the top of the website:

The plan for a return to outdoor competitive grassroots football has been approved by the UK Department for Culture, Media and Sport and has now been published.

The weekend of 5th September has been earmarked for the first competitive fixtures of the season.

Please note that no spectators are permitted for our friendly fixtures (as listed in Fixture & Results page). Please see @bradfordtownfc Twitter for updates.

The club are pleased to announce that we have appointed last season’s club captain Lee Davidson as manager and Jamie Lyons as his assistant. We would like to wish them all the best and look forward to them building on last season’s performance.

Statement from Lee Davidson:
“I would like to start by thanking everyone involved at Bradford Town Football Club for showing their faith in me to take this club forward. I will be joined by Jamie Lyons as my assistant who has a vast amount of experience and will bring his enthusiasm and determination to the management team.
I know last season didn’t end how anyone wanted it to but as team we showed amazing spirit throughout to put ourselves in the mix at the top of the table and a great deal of credit for that must go to the previous management team and also the fantastic level of support we received week in week out from the fans.
Going forward I am looking forward to speaking to the players and seeing if they are able to commit to the club in what I feel will be a year of rebuilding and implementing our ideas on and off the pitch.
Davo.”

With effect from today, Wayne Thorne and Pete Maddison have stepped down from their roles as manager and assistant manager respectively. The club would like to thank them and their team for all their hard work and achievements over the last 18 months. They have taken the club to a new level which we can only hope carries on in future seasons. We wish them all the very best for the future.

As a result (of the ongoing coronavirus outbreak) the FA have reached a consensus with the Western League and all divisions from steps three to six that the 2019-20 season will be brought to an end with all results being expunged. This will mean no promotion or relegation of clubs between steps three (Southern League Premier level) and step six (Western League Division One level). The next season will begin with the same teams as formed the league at the beginning of 2019-20.